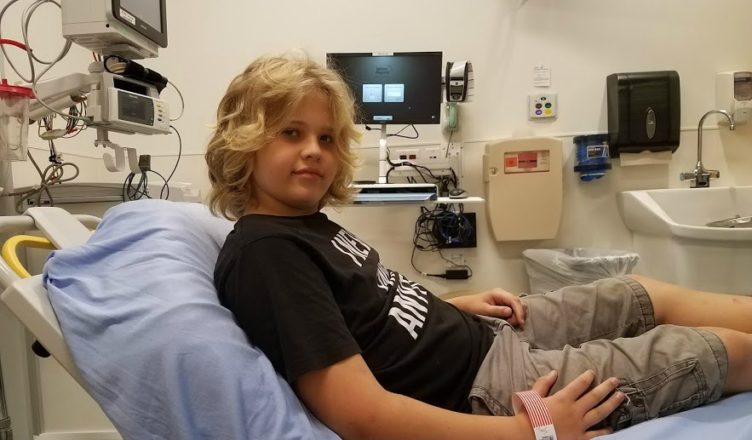 Every family has one kids that gets hurt all the time. Well, we have Teddy.

Now, the whole cataract episodes were from getting hurt, but it was a rare thing. Knocking his teeth out on the mechanical bull, that was a fluke.

But having to take him to the emergency room to get  not one, but BOTH wrists checked out was completely his fault. He was being a typical ten year old boy and he did a ten year old boy thing.

He was practicing “his Parkour moves” (which he has none of) and fell. No big whoop, right.

Well, he was practicing those moves on the top of a park bench, you know the top part of where you back rests, yeah there. Well, he was doing “his moves” up there and fell. He used both hands to break his fall.

He came inside and said he hurt himself. My husband checked him out, he had full mobility and didn’t want to stay inside, so back outside he went.

Now it’s bedtime and he starts complaining. I look at them. He can move them and the right one is a little swollen. He takes an Advil and went to bed.

He gets up and he’s carrying his arms like he’s been lifting weights for three weeks straight, both of his wrists hurt.

Here’s the thing about Teddy, he has the highest threshold of pain I have ever seen. He never complains about being hurt. If we see something happen to him during on of his games, we need to keep asking him if he’s okay and checking whatever may be injured because he just doesn’t notice it.

He said both wrists hurt, alarms went off in my head, like a cartoon character.

He couldn’t open the bottle of Advil or lift his backpack out of the car with his left hand. The funny thing is the right one was the one that was swollen the night before.

I know that when you wake up, your muscles HURT after something like that. I was going to wait until after school to see in it was just that. My husband had called from work and I told him about all that happened in the morning.

He suggested I take him to get checked out sooner rather than later, because there was a great likelihood, if he was hurt, he would do something worse to himself. 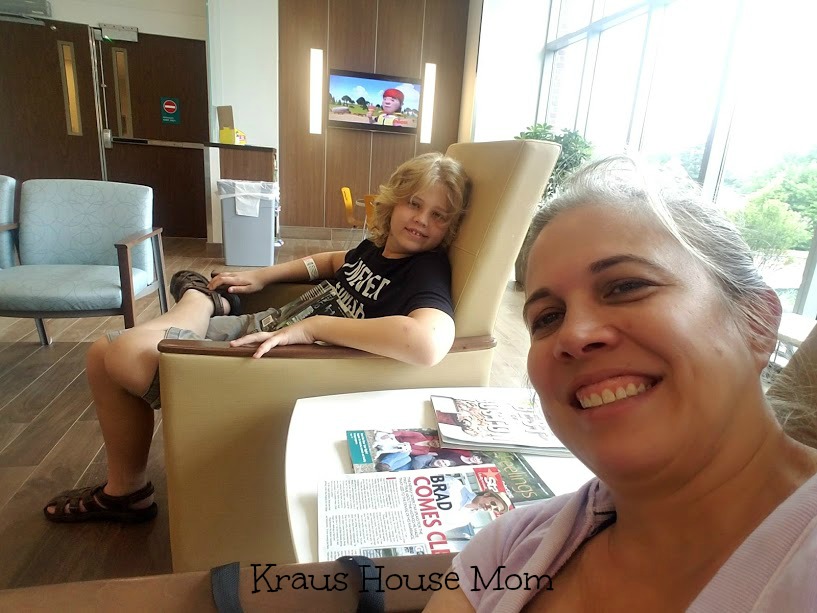 I picked him up at school and off we went to spend the longest, most boring day of our lives in the emergency room.

For the love of all that’s holy, were we bored and hungry.

Teddy was worried he would have to get a cast. That would put a HUGE dent in his summer plans. How would he go swimming? He would get sand in it at the beach. How would he play XBox? And for me…the smell!!

Luckily, after, what seemed like FOREVER, it turns out it was just a bad sprain.

Summer may commence as planned!!!

Oh, and he said he never wants to go back there.

16 thoughts on “Off to the Emergency Room”