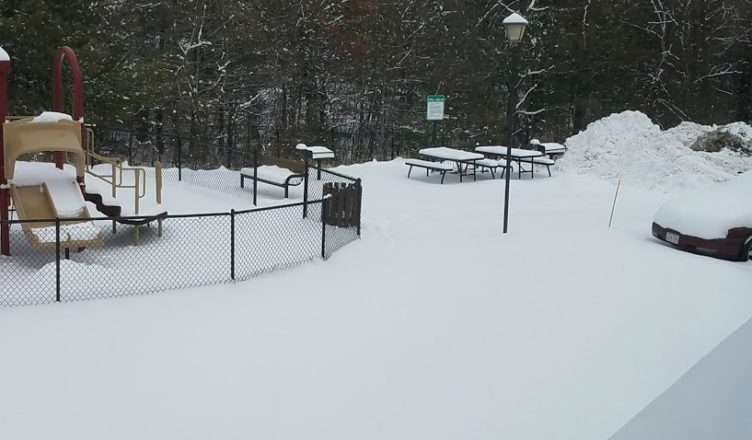 I know it’s winter and it’s going to snow. It’s no big deal.

The big deal is when the forecast is WRONG!!!!

We were supposed to get a DUSTING, on the high end, and inch. What we woke up to was about three inches and a steady snowfall.

Once again, it wouldn’t bother me except for there were things I HAD to do today and the events that were about to unfold were typical for what happens to me. 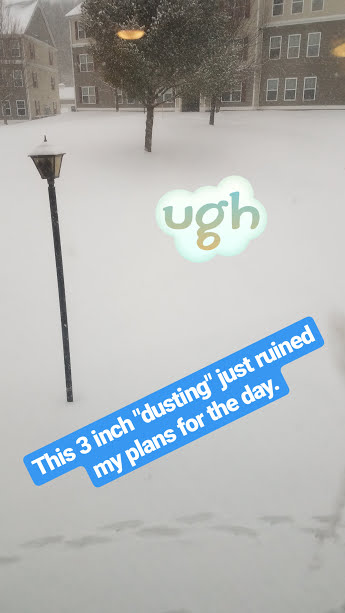 This is my life…

My car is being fixed (Once it’s fixed I can tell you about my cartastrophe) so we only have one car. Not a huge deal, today is my husband’s day off.

You would think it was no big deal…until the phone rings at 5:42AM and throws a gigantic monkey wrench into your day.

As soon as it rang, I started saying, “NO, NO, NO” I answer and it was the ONE THING I didn’t want to hear…DELAY! School was going to be delayed two hours. It would have been so much easier if it was cancelled.

I’m thinking, we were only supposed to get a dusting, what’s going on? I get up at look out the window, that’s no dusting.

I needed to bring my mother (in Rhode Island) to the airport this morning and get my kids to school. Honestly, if Stella wasn’t looking forward to going to her friend’s house after school, I would have said forget it, you guys are staying home.

Maizie takes the bus, so she was able to get to school without my assistance, the other two, not so much.

I called an audible and decided to take Teddy and Stella with me to bring my mother to the airport and then I would drop them off at school.

I was cleaning off the car and it was that fluffy, get all over the place snow. Not to mention, it was coming down at a pretty good clip. I would clean a window and I would be covered in snow and so would that same window. Snow was sticking to my coat,my hat,my hair…everywhere, I just wanted to go back to bed. 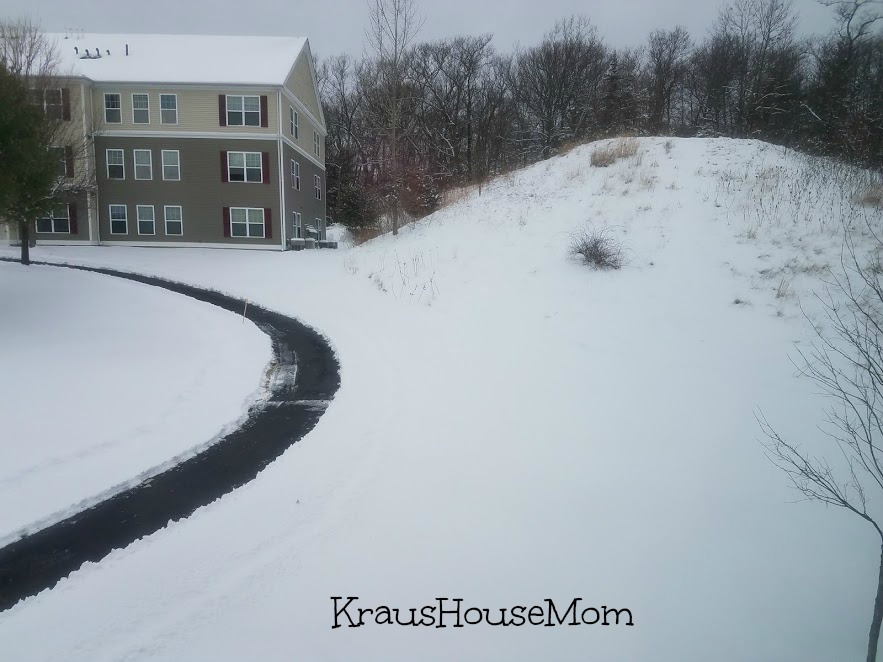 I finally gather up the kids and we are ready to head out, I know once I go back outside I’m going to have to clean the car off AGAIN!!

The roads were terrible, I was leaving around the same time as Maizie. What did they look like two hours ago?

It still hasn’t stopped snowing. The road I had to drive down was barely plowed and the car in front of me was going painfully slow. I’m not a patient driver.

We finally make it to my mom’s house, thankfully there was nothing eventful there. We get her to the airport without incident (a rare feat).

I’m ready to get the kids to school. The highways are clear, we should be there in forty-five minutes.

We were half way there when it happened. Traffic was at a crawl. Were they doing construction in the snow? Was they an accident?

The plows were ahead of us.

They don’t go single file either. They stagger themselves across the entire highway. No one can get by or go over twenty miles per hour.

Stella is now in the back seat telling me repeatedly how she has to go to the bathroom and Teddy is trying not to fall asleep.

What should have taken ten minutes took twenty five. I though I was going to lose my mind.

When we finally pulled up to the school, I wrote the messiest note for the kids because I thought Stella was going to explode in the backseat.

In all, they were an hour late for their two hour delay, I blame it all on Mother Nature…it was her fault for sending too much snow this morning and ruining my plans.