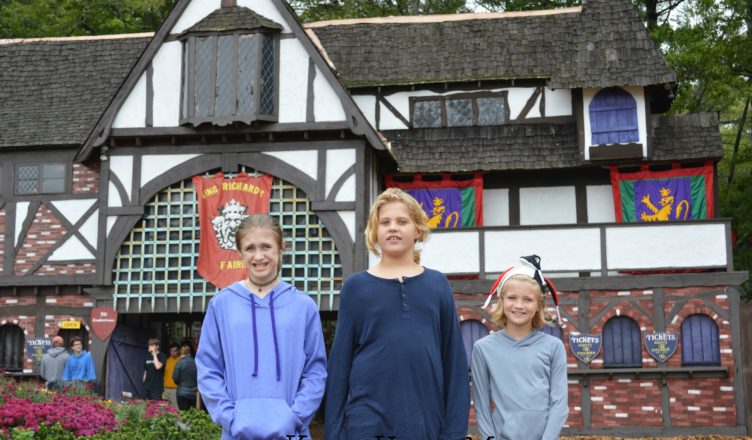 Disclosure:  I was provided complimentary admission tickets to facilitate this post, all opinions are my own.

King Richard’s Faire is held every year in Carver, Massachusetts and my family loves it every time.

Why do we love it? I’m going to give you five reasons why…

The Food  Once my kids find out we’re going to King Richard’s, they start discussing what they are going to eat. This year there was a big switch up, Teddy didn’t get his beloved turkey leg. He decided he was going to go for the Bloomin’ Onion. Stella also got an onion, while Maizie and I had the turkey leg. Since the portions are fit for a king, we all switched half way through and all ended up stuffed. 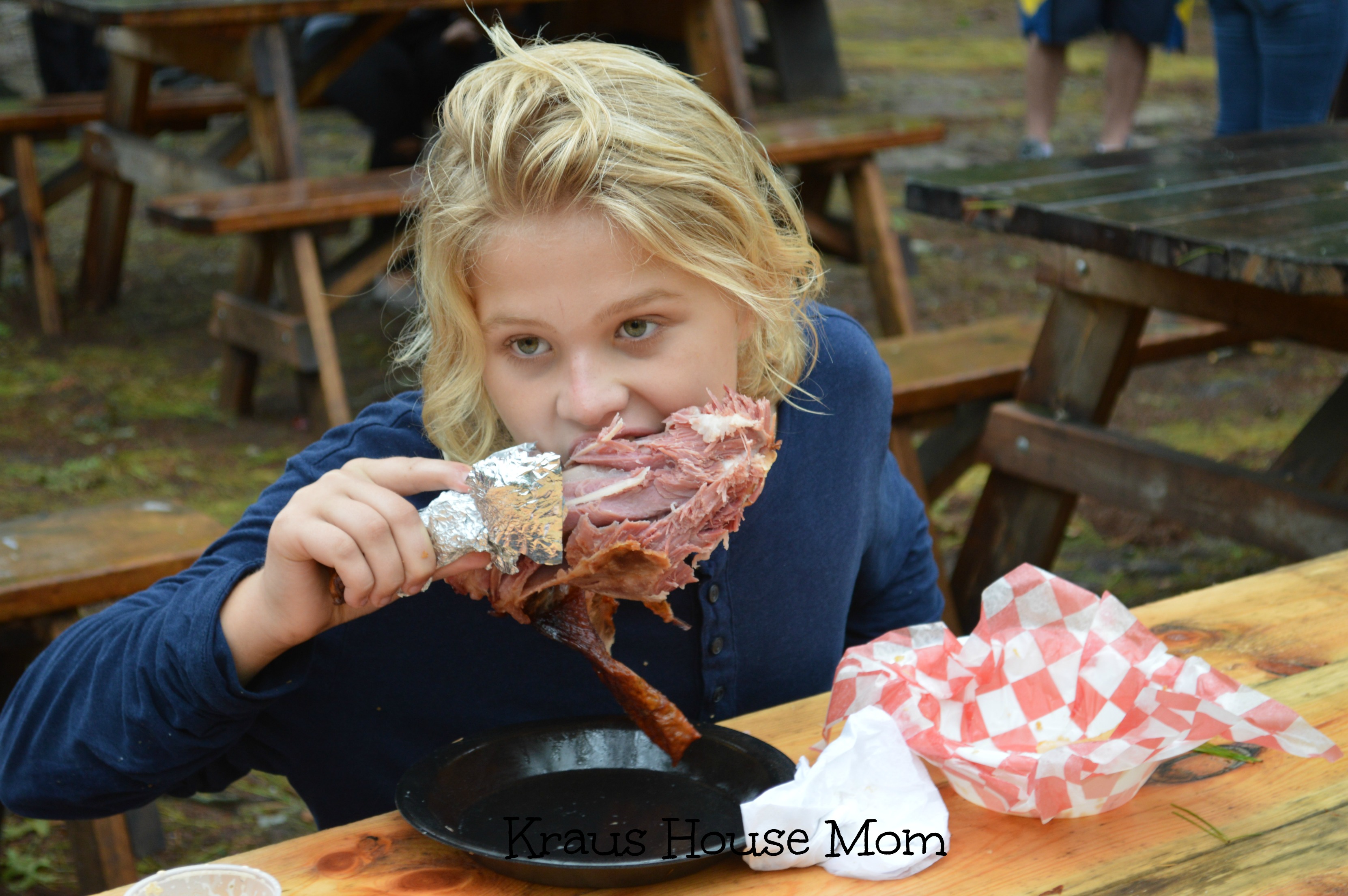 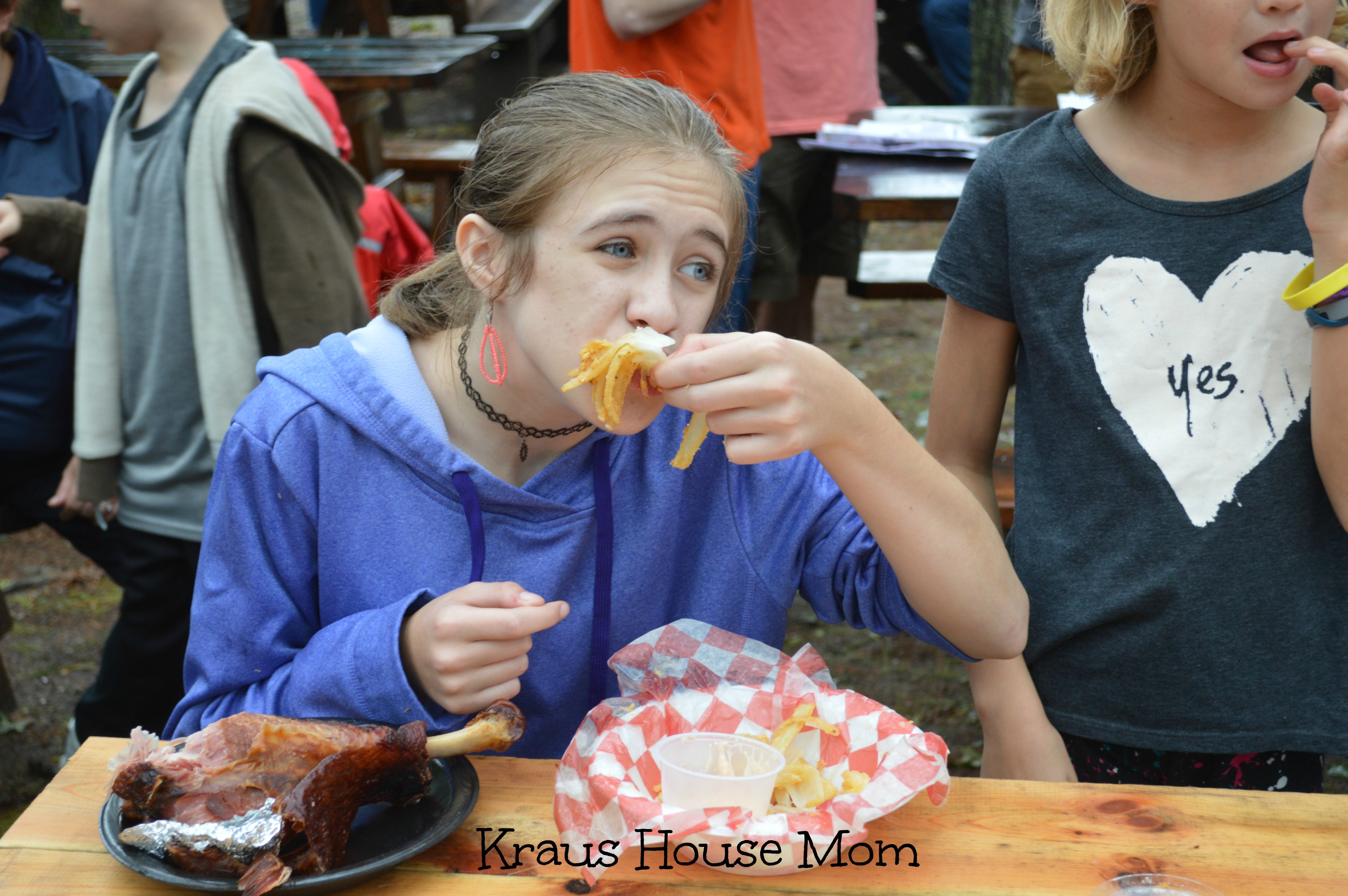 There is a wide variety of food choices, so don’t fret, although the decision might be difficult.

The Entertainment  There are so many shows going on all through the day that I highly suggest checking out the schedule that comes along with the map. Our favorites are the Washing Well Wenches (they are a bit risque) and of course the Jousting Tournament.  We always catch the Vodca Family and Draiku while we’re eating, the both put on a great show. 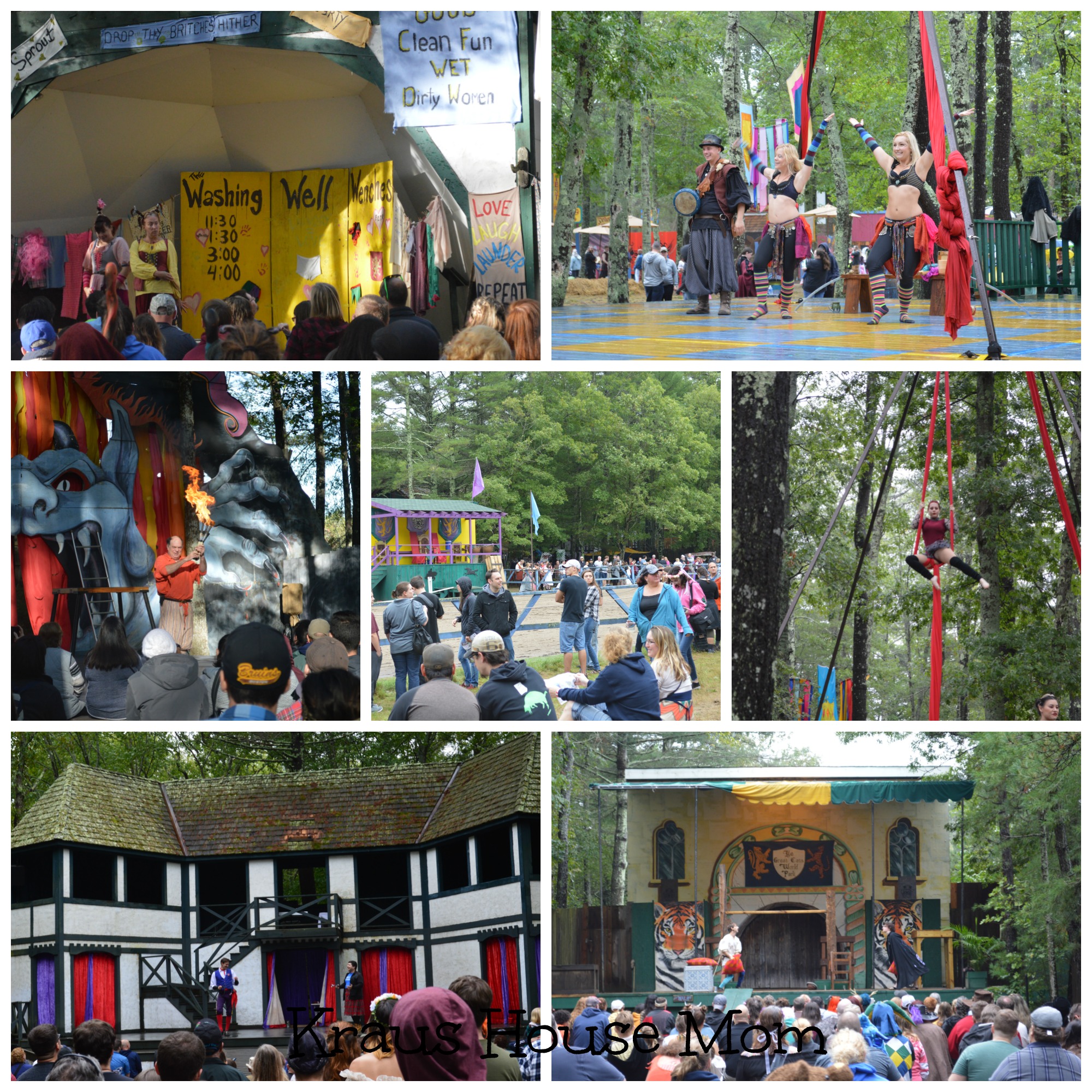 All the shows run at a variety of times, keep checking the schedule if you miss one.

The Rides and Games  This is another thing my kids plan out in advance, what games they are going to play and what rides they’re going to ride. The only ride I go on is the Swan Ride, I LOVE IT!!!!! The pirate that pushes you is fantastic. All the rides and man powered, no machines which is very cool.  Then playing the games means you test your skills. My kids love the knife throwing, archery and catapult (Stella wins every year). Teddy always tries to ring the bell at the strength test and this year they tries the dart for the first time and loved it. 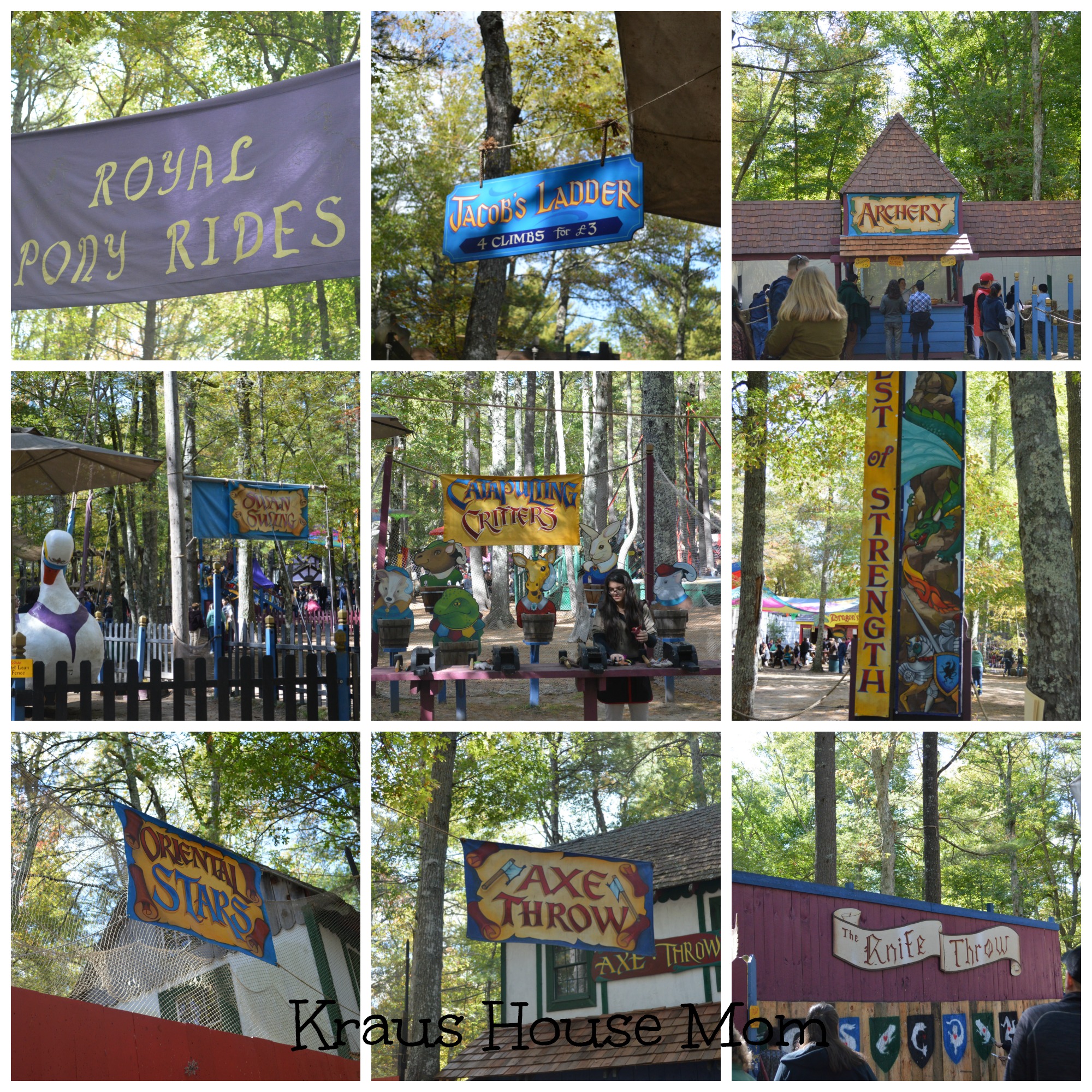 There are games that don’t require throwing dangerous objects and more rides as well.

The Shops  There are so many different shops that sell so many different wares. There are face painters, henna tattoo artists and fortune tellers as well. If you went to the fair in your regular clothes, but once there decide you want to dress up, you can rent  yourself an outfit. Maizie said next year she is getting herself a tail. A few years ago my husband got a replacement for his wedding ring that fell down the drain. 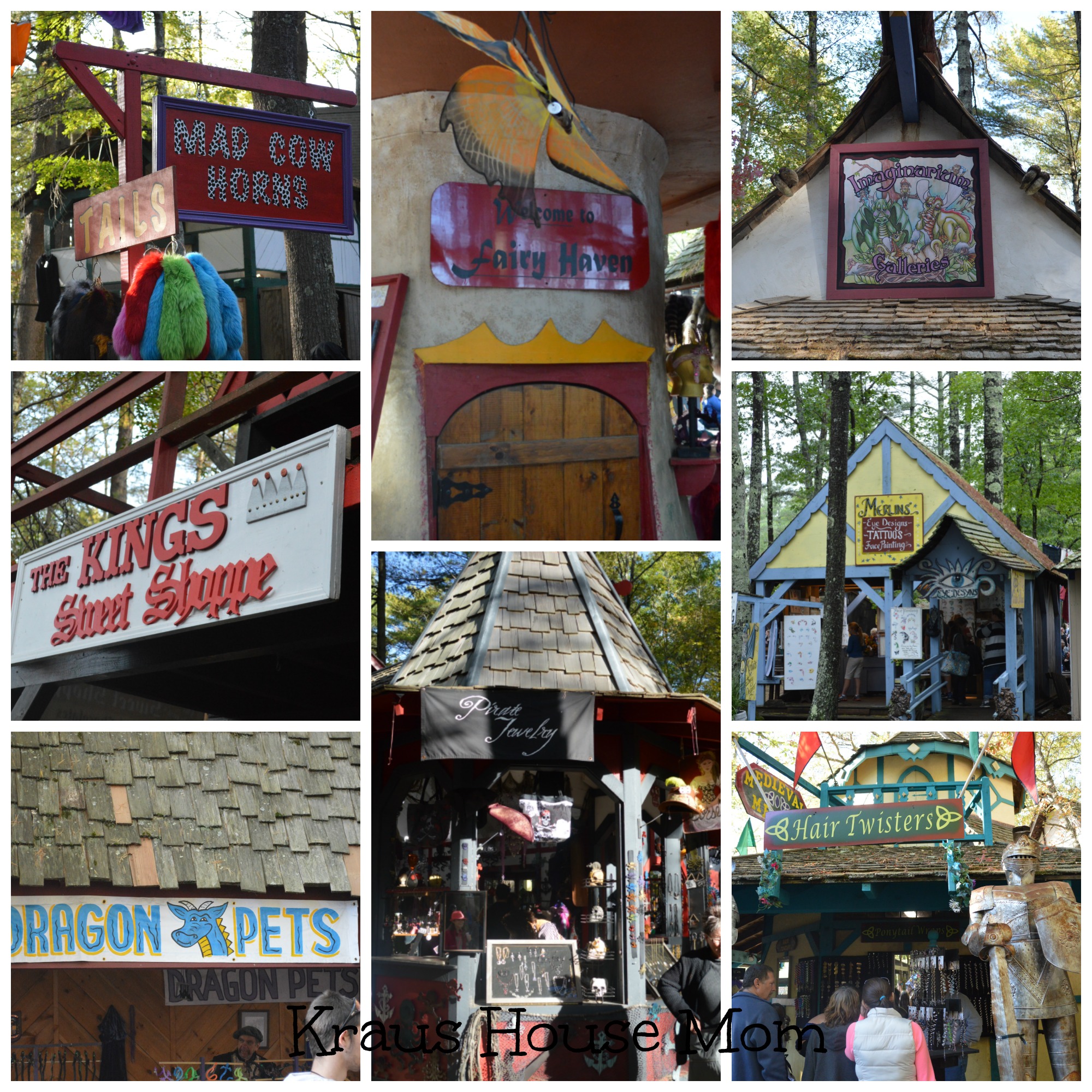 There’s so much that you won’t even realize what you didn’t know you wanted.

The People  One of my favorite parts of going to King Richard’s Faire is people watching. So many will come all decked out in their medieval best and I love it! They come as Lords and Ladies and the best is those that come as mythical creatures. I love them, they put so much care and thought into their outfits, it’s amazing. 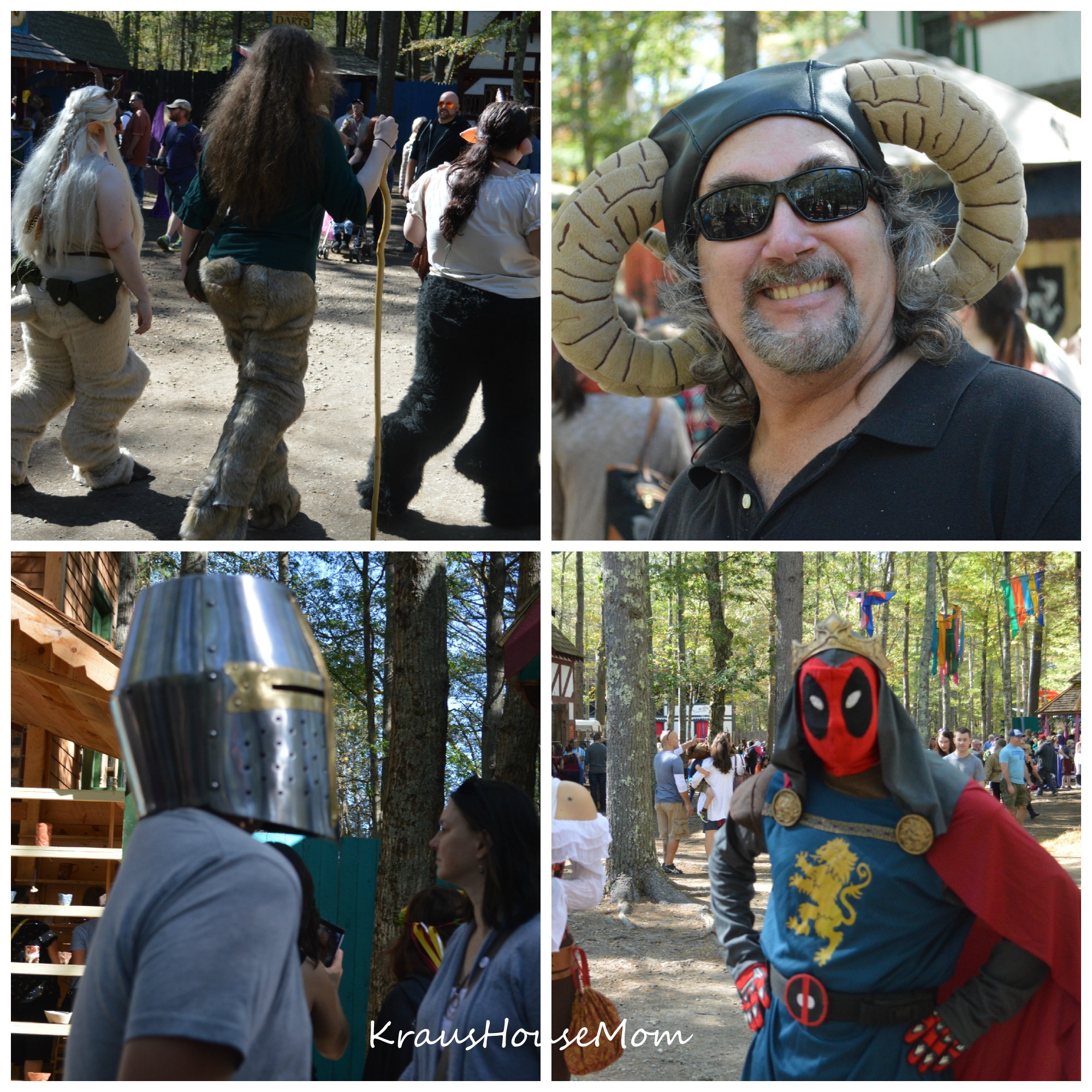 I have found that most of the mythical creature people like to interact with others at the fair.

King Richard’s Faire runs through October 22nd, be sure to check it out.

Here’s out vlog of our outing