Skip to content
Stella loves her dolls; she takes very good care of them. She makes sure everyone is quiet when they are taking their naps, and if one of them is hurt (broken), she turns on the water works.
Well tonight it looked like Tiniest Smallest Smallest (she names them herself) got into some sort of industrial accident, the kind where OSHA would shut you down for a full investigation. Stella was absolutely DEVASTATED. So what’s a mom to do? Try to put her back together (and take pictures). 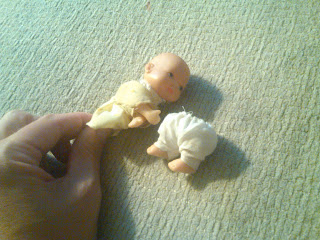 Let me start by saying that this doll is only about 2 inches big and it’s OLD. It was my sister’s (she’s in her mid thirties) and Stella pilfed it from my mother’s house one day when she was over there.
The legs on the doll pretty much just rotted off. I was trying to figure out how I was going to get the legs to stay on, so I sent Teddy to get me the “black tape”. 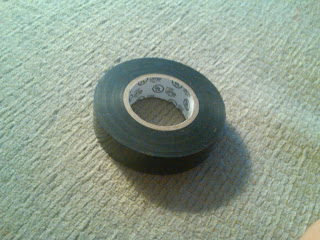 Let the surgery begin. I taped the legs on and held up the doll thinking it was fixed but one of the legs fell off. Now instead of a doll in two pieces I have a doll in three pieces, and to top it off Stella is hovering over me asking if she’s fixed yet. 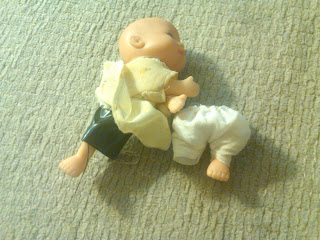 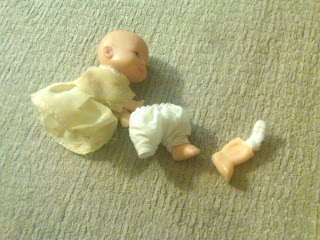 This doll has some sort of weird ass diaper on that has stuffing in it. I asked Stella if I could take the stuffing out and she said no.
Then I asked if I could just tape the diaper onto the doll. She wasn’t too keen on the idea but I told her, “If you want to save her leg then you’re going to have to make some tough decisions.” She agreed.
So I wrapped at least eight inches of tape around the doll, the legs and the diaper and it held (so far). Not only did I perform live saving surgery I also gave Tiniest Smallest Smallest and extra 5/8thof an inch in height. 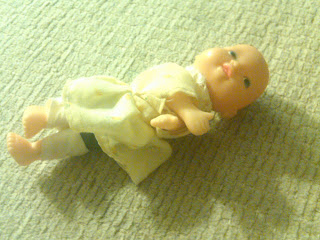