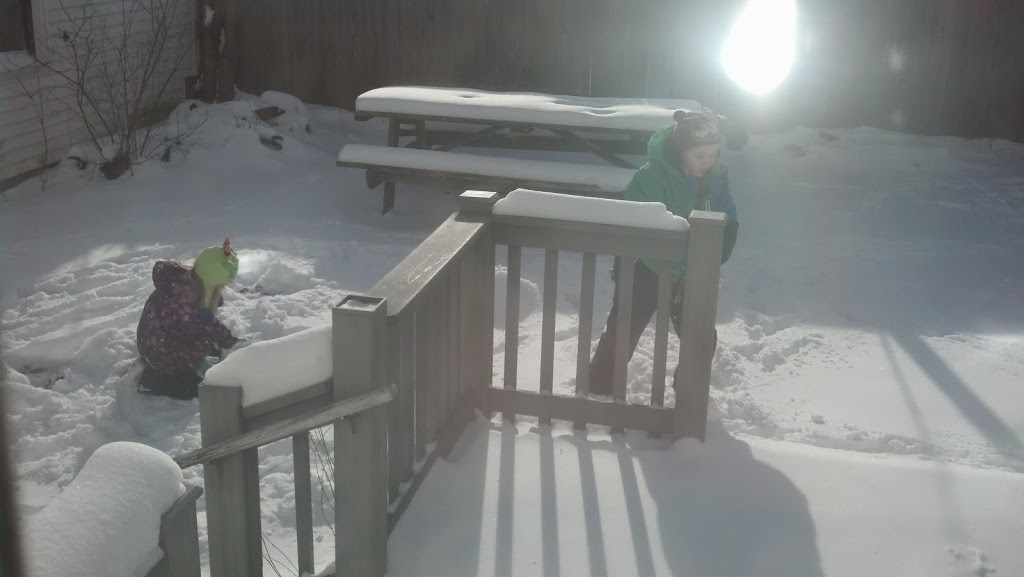 We had another snow “event” last night. I didn’t even know until I let the dog out this morning. It was only about three quarters of an inch, no big deal. Seriously, I really had no clue there was a chance of snow. We have had a decent amount of snow so far this winter. (I gauge it by how many times my husband has to take the snow blower out…it’s like a small tractor). He’s done it twice.
I live in New England and I am used to the snow. Driving in snow is a lot different than driving in ice. I’ve spun out on black ice, scariest thing EVER! The people down south are having a very difficult time with their snow/ice “event” and this has nothing to do with what’s going on down there. This is something I noticed today getting ready to and bringing my kids to school today.
This is not complaining; it is observation.
What does (let’s just say) 1 inch of snow do to your morning?
That’s all I have for now because I only drove my kids to school and don’t really plan on going anywhere else today (until pick up).
What observations have you made about snow “events”?

3 thoughts on “Another Snow “Event””