It’s time for me to be thankful…
I am thankful I don’t live in Little House on the Prairie times. Man it must have sucked to live back then, no wonder everyone died so young. They died of boredom. During the blizzard, we lost power and that meant heat and TV. I could deal with not having power, but not having heat wasn’t something I am eager to experience again. There were pole workers outside this morning and they had to cut the power for a few minutes, flashbacks and Teddy said, “{At least we have heat.” For the third weekend in a row we’re expecting snow, YEAH US!!! (total sarcasm).
I am thankful Teddy thinks I am the greatest woman in the world. If only he’d do the greatest woman a solid a clean his room, she’d be the greatest and happiest woman in the world.
I am thankful my husband had been getting up with the kids all week. It’s like I’m on vacation too. I slept until 10am the other morning, I couldn’t believe it. What am I back in college? Thanks Sweetie!!
I am thankful for Sudafed and Advil. I had a banging sinus thing going on earlier this week and my wonderful husband went and got me those to take care of the snot clogging my brain.
I am thankful that Teddy is such an obvious liar. The kid can’t lie to save his life. Call him on anything, and he starts moving his hands so fast I think he might take off in flight. 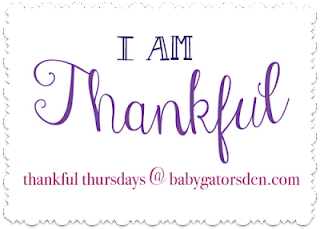