Skip to content
Stella-Blue is her own person, with her own set of rules. He is very dramatic, very funny, kind to everyone but she can also be very mean when she doesn’t get her way.  (We call her a thug sometimes) She has a lot of her father’s qualities but she also has a lot of Gemini qualities (like me), she can turn in a second, she’s a perfect blend of the two of us. That being said, she also has our bad qualities as well. 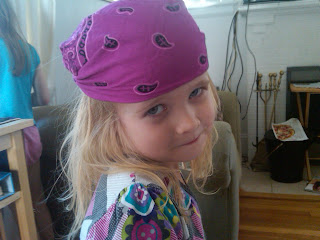 She is one of the funniest kids I know, intentionally funny. Teddy does funny things, but Stella has a purpose for her humor. One night Ted gave her a shower and she bend down and farted which made it echo (the height of comedy for a 4 year old). It then stunk up the bathroom. Once she had her pajamas on, she walked out of the bathroom, turned around, smirked at Ted then shut the door. Not only did she shut the door, she held it closed. 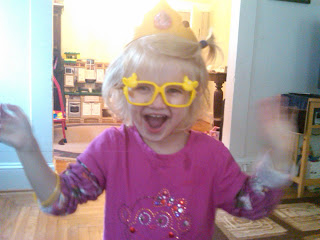 Stella likes money and she can turn anything into a money making operation. She didn’t want to brush her teeth one night so I said the Cavity Creeps were going to get her (bonus for you if you remember the Cavity Creeps…they put holes in teeth). She replied with, “Good then the Tooth Fairy can come to both me and May” (Maizie has a loose tooth). She plays soccer because my dad pays her a dollar for every goal she scores. She has even said how she “needed to score some goals because she needed some dollars”. 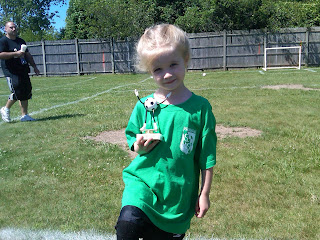 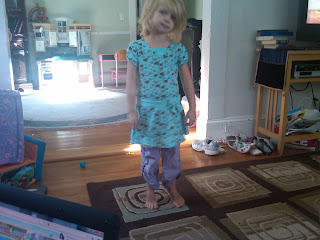 She has fashion flair and puts most of her outfits together herself (they’re not all winners). When she looks cute, she knows it and she works it. I took her to the mall the other day and you would have thought she was queen of the world, especially while she was walking through the food court sipping her Awful Awful talking on my cell phone.
Her least appealing quality has to be her ability to nag me to do anything. Her persistence is amazing. Most of the time I’m so impressed that she’s kept up her pursuit so long that she needs to be compensated for her time. At Old Navy on our mall trip she wanted a super ball from the machine. I said no. I was planning on getting three anyway since all 3 asked for them during each solo trip to the mall, but I wanted to wait until we were leaving the store. I was waiting for a dressing room and I swear I lost count after 42 times of “Please can I have one”.
I’m sure in the future you will hear much more about Stella-Blue, fashionita, comedienne , thug and just all around adorable four year old little girl. 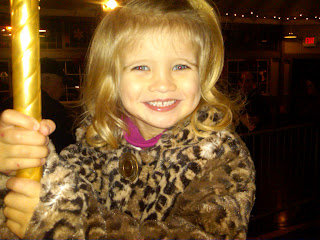