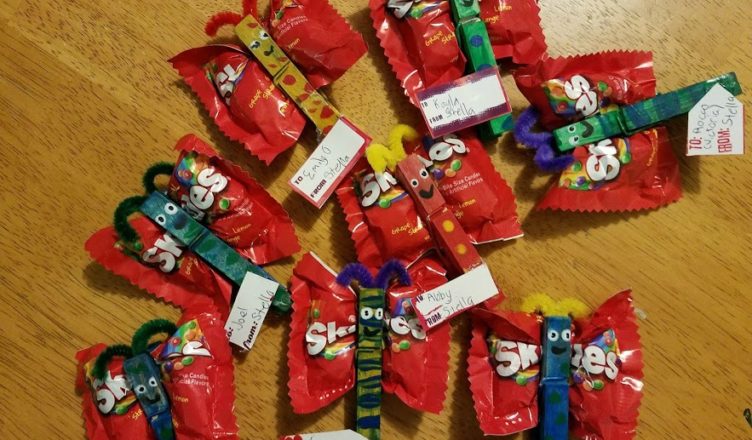 Stella is a anything but boring or ordinary. 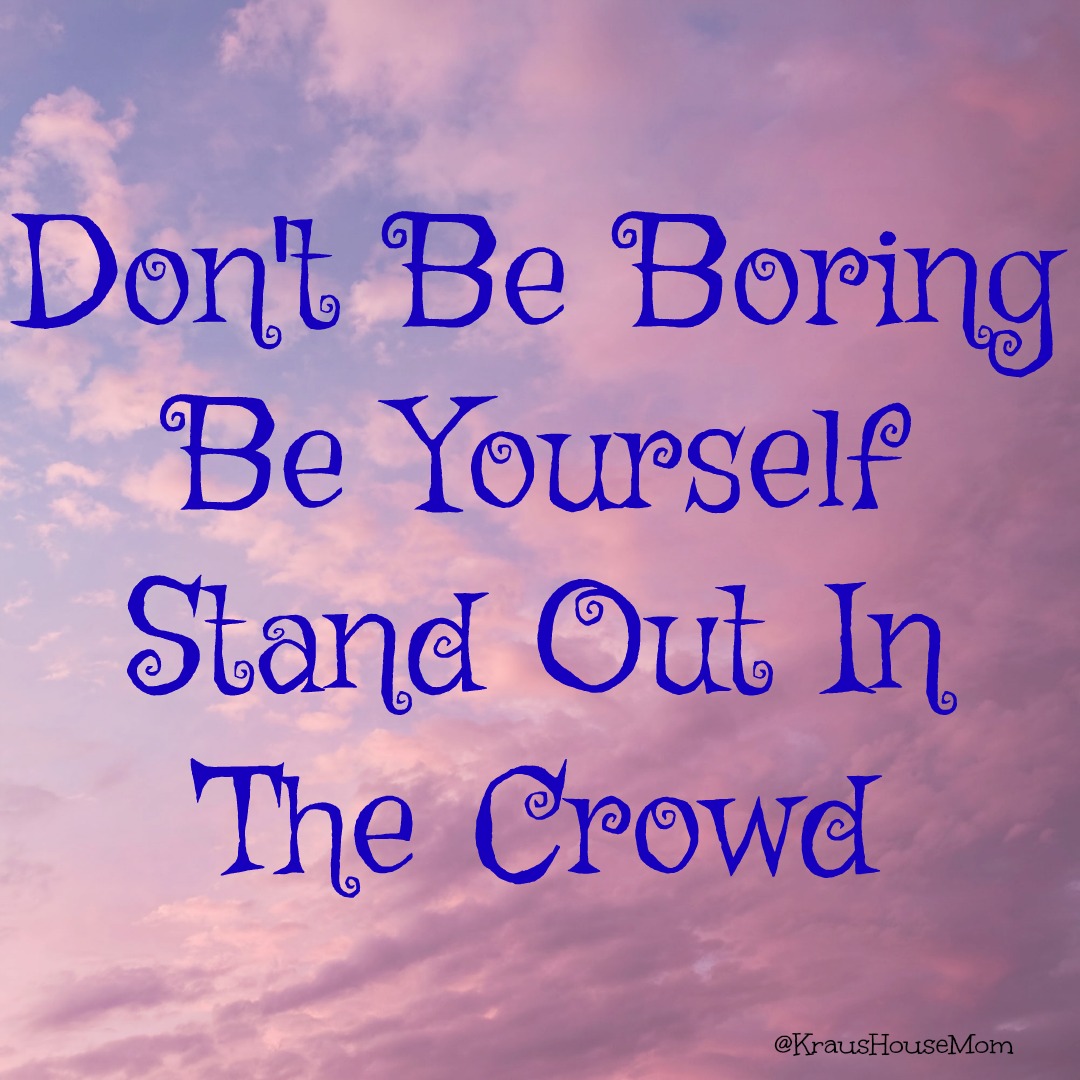 She likes to look on Pinterest with me. When she sees something she likes, she runs with it and she won’t quit until she’s satisfied.

Normally this wouldn’t be a big deal except that Stella is only nine years old, doesn’t have any real money of her own and no means of transportation. In a nutshell, I am taking her to the store and supplementing her craft/engineering/art endeavors. Don’t get me wrong, when she does get money, she spends most of it on supplies. None of her materials go to waste, she finds a use for all of it.

For Valentine’s Day, no ordinary Valentine was going to do. She goes big or goes home.

We were going through Pinterest and there were butterfly bags,  Ziplock bags with M & M’s or Skittles in them with a clothespin in the middle. She liked those…but that wasn’t quite good enough.

Being Stella, she had to tweak it a bit.

She got the Skittles Valentines and used that instead of the Ziplock bags.  And why just use glitter glue on the clothespin when you can paint each one individually?

She spent one evening painting each clothespin, each one looking a little bit different. Instead of gluing googly eyes, she painted them on. 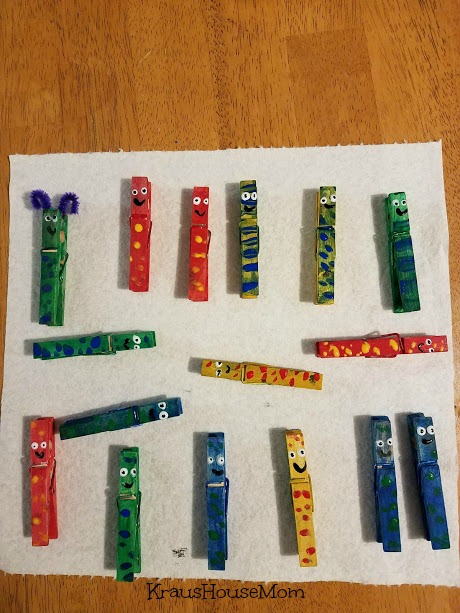 The next night she glued on the antenna, pipe cleaners that she cut to size (with my good sewing scissors).

The Skittles came with sticker labels. She cut out just the name part to make a little tag and if the class member had a special nickname, she put that on the label. 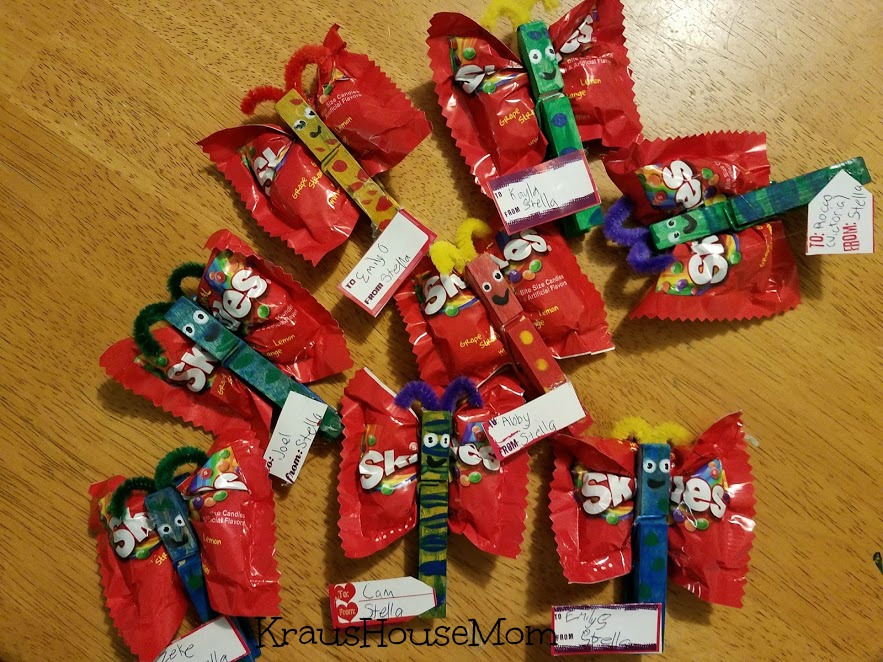 She put so much though and care into her Valentines. She doesn’t do it for recognition or praise, she just loves it.  I hope her class appreciates it.