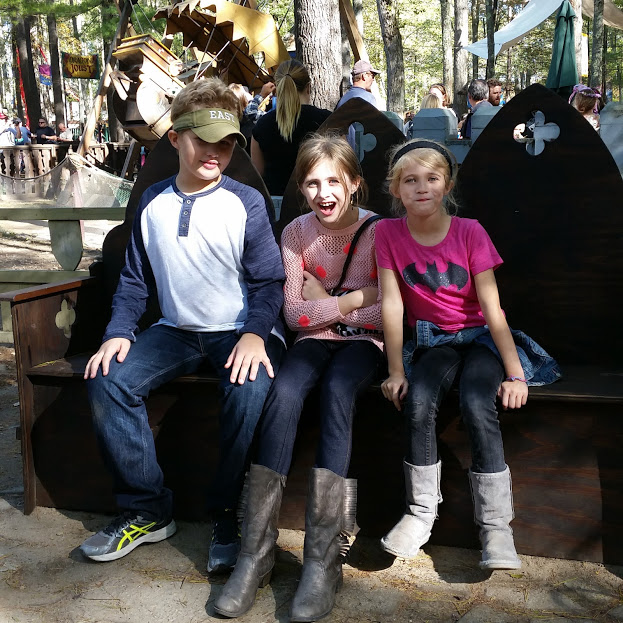 Ever wonder what it was like during the time of lords and ladies? Well you can find out not to far from here, at King Richard’s Faire; every year in Carver, Massachusetts you can spend the day back in time (for a few weeks anyway).

In the spirit of full disclosure, my family was given complimentary tickets to I could share our experience with all of you, but that in no way influenced my opinions. 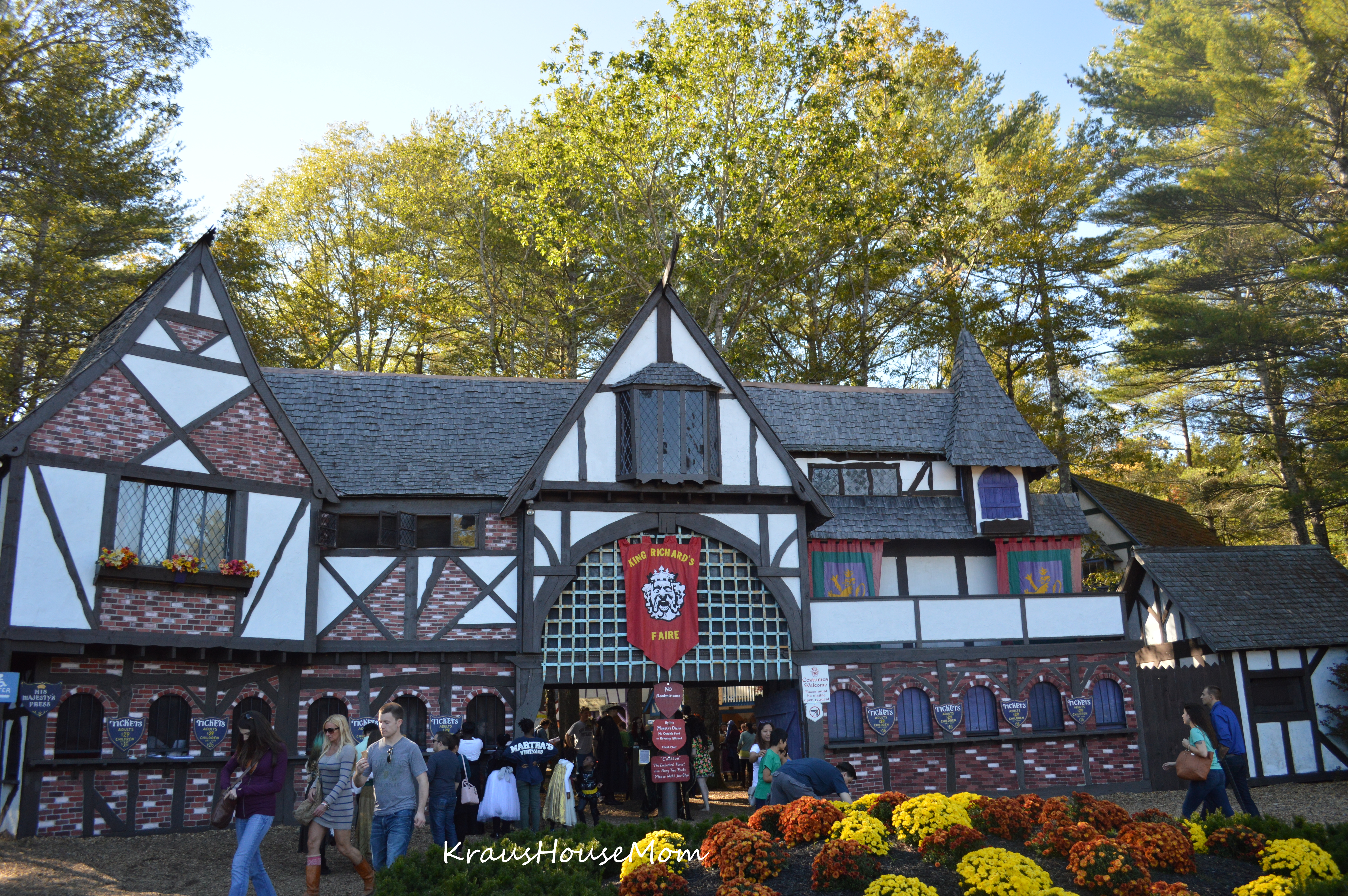 My husband and I have been to the King Richard’s Faire in the past and we have brought our kids when they were younger. We were thrilled to bring them back this year.

I’m going to tell you our favorite parts of the realm.

The merchants, there are so many unique and hand-made items at the shops. They have everything from pottery to leather goods, jewelry and even dragon pets. I even bought Ted his third wedding ring.

We spent quite a bit of time in the Gaming Glen. Once Teddy found out he could throw knives and axes, he couldn’t wait to get there. Maizie and Stella gave him a run for his money, I gave the kid a chance and didn’t do it (I’m really good at throwing sharp objects; I’ve gotten plenty of parchments).

The rides were another big draw for the kids. They didn’t realize that the men had to make the rides go by either pushing them or using a crank wheel. Teddy got a little upset on the Swan (I loved the Swan) but loved the Sky Chairs.

If games and rides aren’t your thing, don’t worry, there’s a show every half an hour, all day. No need to worry about missing anything. The shows are great, I thought the Wishing Well Wenches were right up my alley; Stella had to go see the tiger show and Teddy was fascinated by the King’s Tournament.

People watching is one of the best reasons to go to King Richard’s Faire. Maizie was enthralled by the costumes and people wore make-up.

The food, so many choices, but Teddy had his heart set on one thing…a turkey leg. He had been talking about it since we told him we were going. That’s all he wanted, and he was thrilled to get it. I was quite happy with my blooming onion and the girls only wanted ice cream and peasant bread (dough boys) go figure.

I must say it was a beautiful day and fun was had by all. The kids are already asking about next year. Maybe I’ll wear a costume!