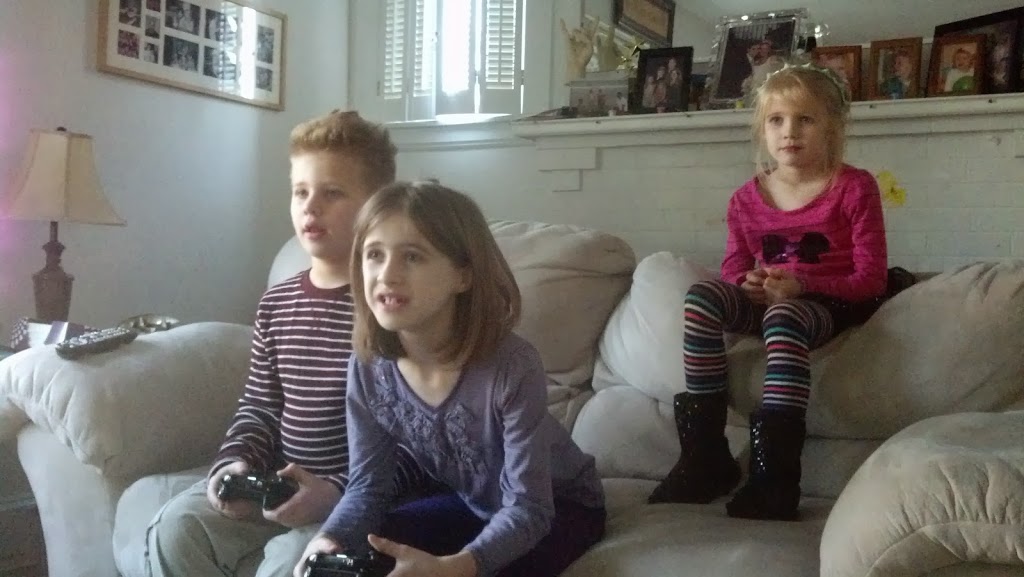 They are different for everyone. I used to kind of like them when I was a teacher, as long as it was only a couple. Then when I only had one kid in school they were okay. Even when two were in school I didn’t mind as much. Now that three kids are in school, I have mixed emotions about them.
I like the fact that I can leave a package of donuts on the counter the night before and they can get their own breakfast and not wake me up. (Whenever there’s going to be snow I buy a box of donuts.) That about sums up the good part; not getting up and hustling three kids to school. The rest can (not always) be torture (on me).
The kids want to play video games, which is fine until one of them (I won’t name names) spends all the time changing her hat and won’t go on the quests, or whatever it is they do.
One of them will take the Skylander off the portal at an integral part of the game causing some sort of catastrophic event in the life of the other.
One won’t play Barbies with another.
When they do finally go play Barbies and/or Monster High the room is left like an F5 tornado hit it.
I usually forget I need to feed them lunch (they eat at school) until they complain at 2pm.
There are arts and craft supplies on every surface of the house (not much different from a weekend).
The dog gets to eat extra crayons.
My routine will get thrown off; chances are I will forget about supper.
These are just the highlights of what a Kraus House snow day is like. What is a snow day like in your house?