Monday we took the kids on a mystery ride. The night before we didn’t tell them where we were going, just that we were going somewhere and it would take a little while to get there and they had never been there before. Oh the anticipation, Stella fell asleep, Maizie eventually fell asleep, but Teddy is another story. He gets himself so excited and amped up, he can’t sleep. He had even taken Benadryl for his allergies before he went to bed, but nope he was up wandering the house.
They all got up, ate a hearty breakfast and got dressed and were ready to go, so many questions. Maizie packed her “secret bag” full of stuff she might need. Whatever, you want to bring it, throw it in the trunk. I also packed a bag of snacks and drinks because I knew once we got to stop number two they would want/need it. Once they saw that, they could barely contain themselves.
We pile in the car and we’re off to destination number one, The Fantastic Umbrella Factory. (I have always wanted to go there but just never got there. When I saw that the weather was going to be absolutely beautiful, I told Ted my idea. All systems go!)
As we were walking through the gardens Ted told the girls that there might be fairies living there. I thought they might pass out. The hunt was on, come out come out wherever you are!
They checked out all the flowers and fauna (and found a furry chicken). They saw a “fairy house” and heard a ruckus, but didn’t actually see a fairy. Better luck next time ladies.
We went into all the shops. Maizie got a mood ring and Teddy and Stella got bracelets. Ted also got a new ring. I saw several bracelets that I liked, but they wouldn’t last the grips of the girls, so I passed.
We filled up our cones to feed the goats and headed over to the animals, those emus can move fast. Most of the goats I have encountered come running when they see people with food, not these guys. The goats were lying on the ground and I had to throw food at them to get up, only one bothered. The emu was the one who ate the cone (these obviously were NOT tin can eating goats).
We finished up and went to our second destination, the kids’ playground at Ninigret Park. My kids love playgrounds. We pull in and Stella yells, “Yes, they have a zip line!” We were the only ones there, it was fantastic. 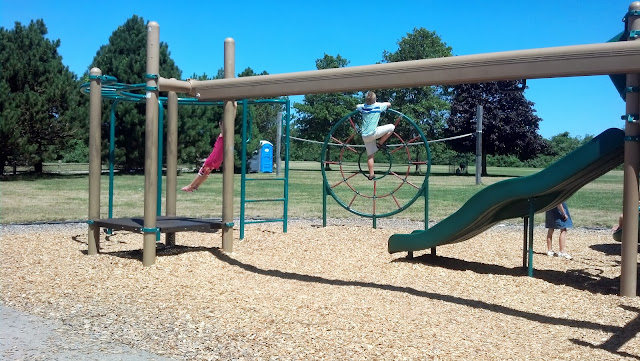 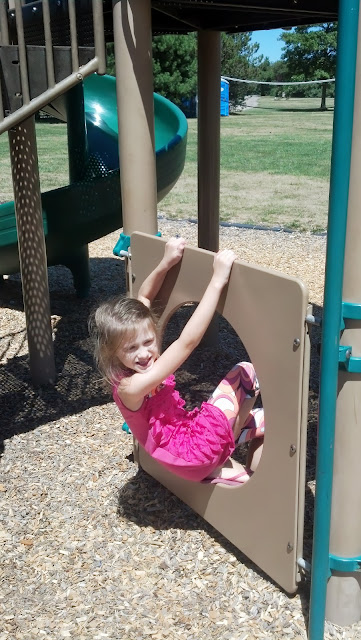 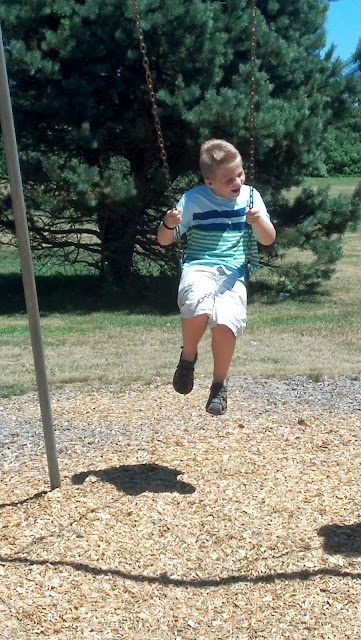 Time for snacks and a beverage (I knew it would come in handy). They played some more. Before we went to our third stop, the kids had to use the bathroom. They only have port-a-potties. I must say, they were impeccably clean. Stella even said it smelled like Skittles. (I may never eat them again.)
Last stop was Wickford to see Auntie Rey and a spot of lunch; we knew Stella was going downhill when she didn’t want to eat anything. (She was a ticking time bomb.) We ate and stopped at Auntie Rey’s to grab some freeze pops before we walked down to the water to check out the lobsters and skip rocks.
On the way back I stopped in Lulubelle’s and that’s when Stella announced it…the headache! Time to go; the downhill slide happens fast with that one. At least she waited until the end of the day to get sick.
Our first mystery ride was a smashing success! I hope the next one is as successful.